The Alster Tower is often referred to as the Playhouse.

Completed in 1899, the Alster Tower is the most architecturally unique structure on Heart Island. With a two-lane bowling alley, Kitchen, Billiard Room, Venetian Room, Library, Shell-Room and Theater, George Boldt wanted to create the ideal atmosphere for recreational activities. Unlike the main Castle, the Boldt family actually used the tower up until the time of Louise’s death in 1904.

It is likely that this structure may have actually been modeled off of a temporary tower built in the Alster River Basin in Hamburg, Germany in 1895 for Kaiser Wilhelm’s celebratory grand opening of the Kiel Canal.

The tower was constructed out of red-sandstone, locally quarried somewhere along the river bank. 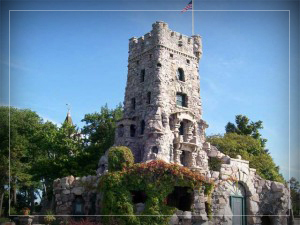 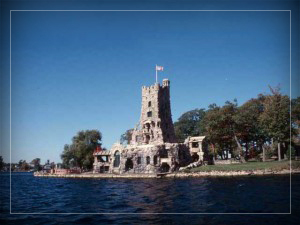